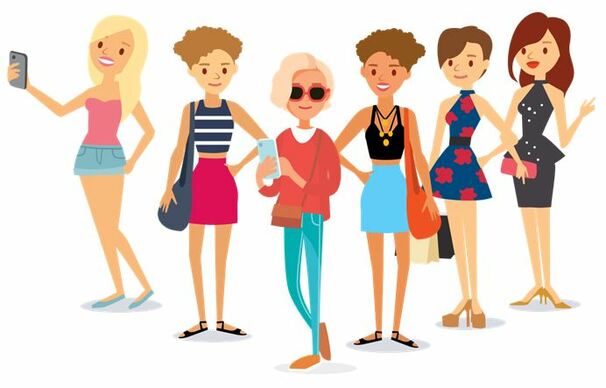 ​First we’ll have a talk about Book #14, “Freaky Friendships.” Allisen is ecstatic that Vee, Brynne, Cristil, Amalia, Suzanne, and Suzette like her and want her to be part of their group. But as time goes on, she starts getting those feelings that maybe something’s not quite right here.

​At first, she ignores it. It’s okay that she’s the only one in the group without a cell phone or an email address or a MySpace account (for those of you who don’t know what that is, it’s basically an older version of Facebook or Instagram. I think. I never had one either). It’s fine that her new friends are different from her and are allowed to do things she isn’t allowed to do. But then things start adding up and getting harder to ignore. Does she really want to be friends with people who Jack said stole something? How about people who make fun of Nalcie because of her disability?

The girls making fun of Nalcie is almost the last straw. But not quite, because Allisen rationalizes that maybe they just don’t know how to act around people with disabilities. Allisen continues hanging out with her “friends”, even though she feels lonely and left out almost all the time. It’s only when Suzanne and Suzette steal some candy, and everyone else argues that it’s okay, that Allisen realizes, These are not the kind of people I want to be hanging out with.

Vee and her gang are the epitome of “Bad influence friends.” If Allisen had stayed with them longer, who knows? Maybe she would have been sucked down their path as well. Vee and the other girls were not true friends to Allisen. They put her down for her appearance, tried to convince her that stealing was okay, and basically said, “We’ll only be your friends if you’re one of us.” Allisen was right to break away from them.

Brynne is a little bit of an exception. What do you think of Brynne? You’ll get to hear more about her in a later book.
Powered by