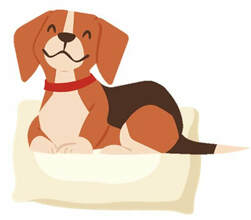 Yikes, this leaves Allisen in a tough situation. What would you do if you thought one of your friends had stolen something belonging to one of your family members?

When Allisen narrows the suspect list down and finds that Jack is the only one left, she decides to confront him. Fortunately, she discovers who the real culprit was before she confronts Jack.

I don’t have any solid advice for you if you’re in a situation like this one. If Allisen had accused Jack of stealing the pillow, when he really hadn’t stolen it, Jack’s feelings might have been hurt. I can’t believe my friend thinks I’m a thief! However, if she had accused him and it had turned out that he had stolen it, then that would have been the right thing to do. If you’re in this situation, I’d advise caution. Maybe think deeply about your friend’s character—do they seem like the type of person who might steal something, given the chance? You may not want to admit it, but you might have a slight uneasy feeling about one of your friends—like what Allisen had about Vee’s group of girls in “Freaky Friendships.”
​
That being said, making accusations is still not something to be taken lightly. Even if one of your friends has a kind of shifty feel, that doesn’t necessarily mean that they did the thing you think they did. Accusing a friend of something they didn’t actually do can definitely put scars in a friendship.
​
​
Powered by