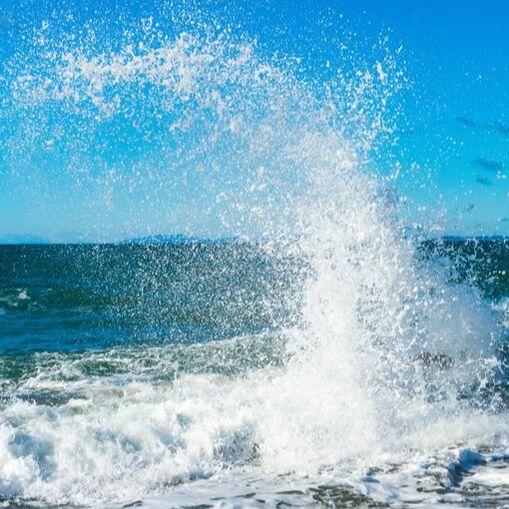 Mariana is excitable, exuberant, and full of energy, but she’s also impatient, impulsive, and irritable. She’s grown to hate her bipolar disorder, particularly the way she feels and acts when she’s depressed. On her third-to-last day at the beach, she’s trying to enjoy a nice afternoon with Ryan. But thoughts won’t stop running around in her head, creating a negative spiral that sends her into a worse and worse mood the longer she thinks about her situation.

The spiral starts when Ryan tells her he’s glad he can trust her. This makes Mariana think about how he can’t actually trust her, because she hasn’t told him the truth about Elyse. This thought leads to a constant mental rumination over the fact that she won’t be able to stay in touch with Ryan once she goes home, which leads to her thinking about how she’ll never have a chance at a normal life, and she’ll never have a boyfriend who can actually trust her, and she’ll never be able to have any real relationships, all because of her bipolar disorder.

These are just her thoughts. That doesn’t make them true. But because Mariana believes they’re true, she lets them affect her. Rather than just pushing them away, shutting them down, or allowing herself to think of other options, she stews on them and allows herself to get all worked up over them. Then she holds her feelings inside for a couple hours as she continues to spend time with Ryan.

She’s almost at her breaking point when he leaves and tells her he’ll see her tomorrow. Those words just contribute to her negative thought spiral, because they remind her that she doesn’t know how she’ll be feeling tomorrow because she can never be sure of anything regarding her mood. She starts blaming her depressed self for all of her problems, telling herself that if it weren’t for her depressed episodes, her life would be perfect and she would have everything she wanted. These thoughts are still not the truth, but Mariana doesn’t stop to check the validity of her thought process. She’s been holding in these negative emotions for too long; she is ready to explode.

She hits the breaking point, screaming about how much she hates her depressed self, physically hitting herself over and over and over. The rage only lasts for a minute or so, before she collapses into tears, feeling bad about what she’s just done and questioning her sanity.

This is the way it works with out-of-control emotions. They start with just one thought, which leads to more thoughts, which create a downward spiral. There are points along the way where you can check yourself, cut off that downward spiral and choose to think about something else, or ask whether your thoughts are even true or if they’re just your in-the-moment perspective. But the further you go down the spiral, the harder it is to stop it, and sometimes the bottom of a spiral can have some pretty nasty results.

Don’t let yourself get there. If you notice your thoughts trending downward, flip them around. Think about the positives. See if there’s a different way you could be looking at the situation. Figure out if there’s something you could do to fix it. If the emotions are getting to be too much, go for a run. Turn some thumping music up as loud as it will go and scream out the lyrics. Write all your negative thoughts down on a piece of paper and then tear it up. Get in a fight with a pillow, punching bag, or bean bag. These strategies will help you get all that energy out of your body without actually hurting yourself or another person.
​
And if this is something that happens to you often, talk to your parents or another trusted adult. See if they can help you come up with strategies you can use when you feel yourself getting out of control. Seeing a therapist or psychiatrist, like Mariana does in the book, can also be helpful, and is something you could discuss with your parents.
Waves Tough Stuff
Powered by