Enemies, friends, or something more? 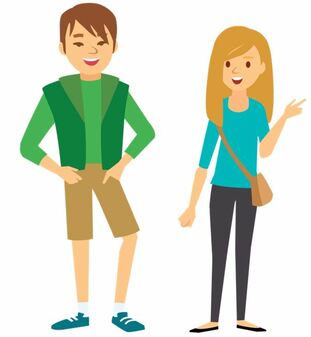 During the neighborhood Olympics, Shelly, fed up with Brian and Molli’s constant bickering, suggests that the reason they’re always at each other’s throats is because they secretly like each other. Brian and Molli, of course, freak out and insist that they can’t stand each other. And it certainly seems like that’s the case. But there is merit in what Shelly said. Sometimes that’s the way people show their attraction to each other—by constantly arguing, teasing, or otherwise irritating each other. They enjoy the attention they get from each other while they’re fighting. Of course, I’m not necessarily saying that that’s the case for Brian and Molli, because that’s not always what these behaviors mean. Sometimes they just mean that the people find each other genuinely annoying!
​
So do Brian and Molli actually like each other, or just find each other annoying? Ha. Like I’d really reveal that here. I guess you’ll have to read the rest of the series to find out!
Powered by