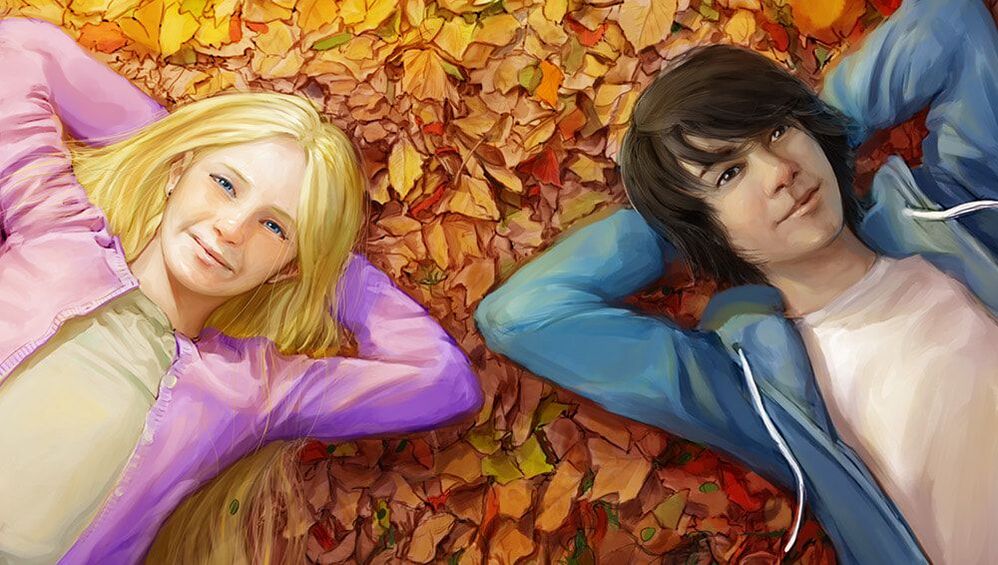 Travis started liking Alanna pretty early on in the story. It took Alanna a lot longer to realize that she also liked him.
​
At first, playing basketball with Travis was just something to do. Alanna had fun doing it, but she would have preferred to be hanging out with Daniel.

Alanna didn’t understand why Travis got so mad during their conversation about Lacey. She did register a sinking feeling in her heart when Travis confirmed that he indeed did like someone else.

Alanna didn’t really think about what all these feelings meant until the day Travis tried to kiss her. That day set off an explosion of emotions in her mind. The most disturbing part wasn’t even that Travis had tried to kiss her—it was that she had almost let him. Why would she come so close to letting Travis kiss her, when she’d always known she was supposed to end up with Daniel?

Travis felt awful when Alanna ran away.  He hadn’t meant to let her know that she was the girl he liked. He had known it would upset her. He’d wanted to respect her feelings, but being so close to her in the leaf pile had messed with his mind and caused him to act on impulse.

After talking it over with her friends and coming to terms with things in her own mind, Alanna realized that she really did like Travis, and everything worked out. Alanna explained her feelings to Travis, and they became boyfriend and girlfriend.
​
I do not plan on writing a sequel to I Didn’t Plan This. But use your imagination. How do you think Travis and Alanna’s relationship will play out over the course of the year? What kind of obstacles might they run into, and how will they work to overcome them?
I Didn't Plan This Crushes&Dating
Powered by