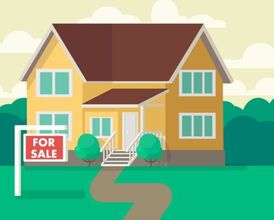 When Allisen found out her parents wanted to sell their house, she was furious. This was her home. It was where she’d grown up. It was comfortable. It held so many memories. She didn’t want to go live anywhere else—ever.

She fought against the move. She did everything she could think of to prevent it. But when it happened anyway, she resigned herself to the fact and opened her mind to the new opportunities it presented.

Meeting the kids in her new neighborhood really helped. Her old neighborhood hadn’t had any kids for her to hang out with, so she appreciated the fact that the new one did. She made a lot of new friends and memories that she never would have known she was missing out on if she hadn’t moved.

​Moving to a new house can be scary, especially if other changes come along with it—switching schools, moving away from all your friends, leaving behind everything you’ve ever known. But focus on the positive. Think of all the opportunities you’ll have at the new place that never would have been possible at the old place. As Allisen realizes on page 168, “Life wouldn’t be life if everything stayed the same all the time, and sometimes changes have to happen in order for other things to happen.” You don’t know what kind of cool, amazing things might happen as a result of your move to a new place.