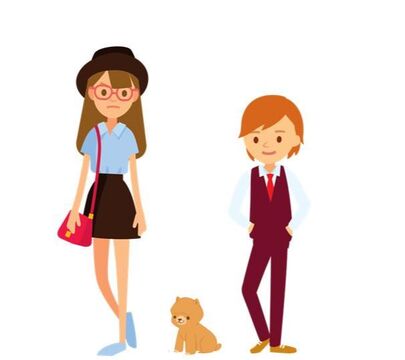 Allisen certainly had her fair share of challenges when she started her first job. Not only was Matthias a very difficult kid to get along with, but his mother—Allisen’s employer—was even WORSE! The job started off on a sour note from the very beginning, when Mrs. Rechibiaugh left Allisen to care for her 9-year-old son without any instructions on what was expected of Allisen and what her son was and wasn’t allowed to do.

Allisen did the best she could. She tried to engage Matthias, and used her best judgment when faced with decisions. She did end up having a positive impact on Matthias, and things were starting to go pretty smoothly.

In the end, though, it didn’t work out. Mrs. Rechibiaugh decided she didn’t like something Allisen had done, and that was that. No second chances. Allisen was fired.

Allisen took the loss of her job pretty hard at first, blaming herself and thinking she was a failure. After talking with her mom and realizing that in this particular situation, she wasn’t the one at fault, she picked her head up and moved on with her life.

It’s unlikely that you’ll ever have a boss as unreasonable as Mrs. Rechibiaugh. If you get fired from a job, it probably was because of something you did. But even so, don’t go hide in a corner thinking you’ll never amount to anything. Use it as a learning experience. Think about what you could have done differently, and figure out what you can do for a different outcome next time.
Powered by