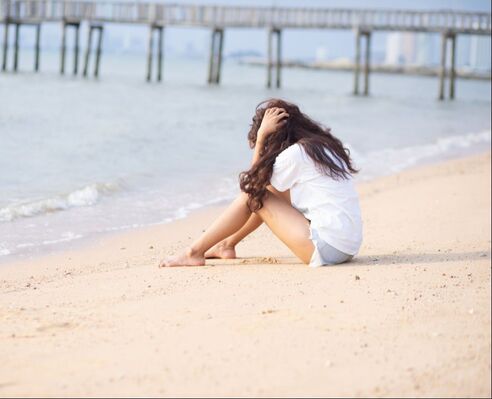 Tucker and Mariana had an unstable, unhealthy relationship. Mariana describes Tucker as having “a temper”, shouting hurtful words at her whenever he was upset. He refused to accept her bipolar disorder, becoming irritated with the way she acted when she was depressed, and insisting that her emotions were a choice. When Tucker broke up with Mariana, it devastated her, and left her with the belief that the breakup was her fault—when in reality, Tucker was much more to blame.

Although Mariana had a hard time seeing it this way at first, the fact that Tucker broke up with her was a HUGE blessing. Unless Tucker changed significantly, their relationship would have always been a toxic one, characterized by arguments, frustration, and stress. The breakup allowed Mariana the freedom to feel better about herself again, and to begin a relationship with someone who was a much better fit for her.
​
Every couple argues from time to time. Everyone has things that they don’t see eye-to-eye on. But if you’re in a relationship with someone who’s constantly bashing, blaming, and berating you, someone who makes you feel bad about yourself, someone with whom frustration is your dominant emotion—it’s probably time to move on.
Waves Crushes&Dating
Powered by