Back to 9th Grade Friendship page 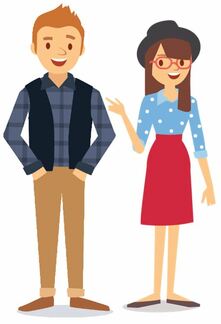 ​Jack and Allisen have always been buddies. They hang out together at school, play basketball with Jack’s backyard team, joke around, and have fun. They go to school dances together, but just as friends. They don’t even really dance at the dances, except in big groups, and on the rare occasion that they do dance together, they just grab each other’s hands and swing around to the beat.

In the past, Allisen has gotten annoyed with people insinuating that she and Jack are/should be boyfriend and girlfriend. She’s already told numerous people, “We are just FRIENDS! We do NOT like each other in any other way!”

But at the end of Book #42, “Bright or Dim Me?”, Allisen realizes that part of what she has always been saying isn’t true. Jack likes her as more than a friend. Maybe he always has.

When Jack finds out about Allisen’s crush on Dimmy, he tries hard not to let his feelings show. And even though his heart is probably breaking in two, he stays with her, giving her the friendship she needs. He also makes an awkward attempt to tell her how he feels about her, but chickens out about trying again when she doesn’t get it the first time.

Allisen figures it out anyway. And realizing for sure that Jack has a crush on her makes her re-evaluate her feelings for him. Over the next few months, she feels herself falling more and more for the boy who she always insisted was “just a friend.”

And do you really think I’m going to spoil anything about the 5th book by telling you how things turn out? :)
Powered by