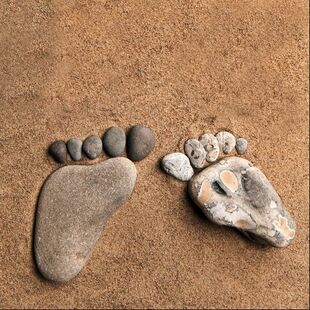 Elyse and Ryan’s relationship was more of a friendship than a romance—but if Ryan hadn’t already started a somewhat-romance with Mariana, would things have been different?

Elyse had already known Ryan for a couple weeks by the time she met him for, from Ryan’s perspective, the first time. She already had feelings for him, but was surprised that she still felt the same way during her depressed episodes, since her depression usually sucked all the enjoyment out of her life. Elyse was tentative in her relationship with Ryan, not wanting to do anything that would mess up the relationship that had already started forming between Ryan and her manic self. At the same time, she couldn’t help being pleased that Ryan seemed to enjoy her depressed self’s company.

The book doesn’t delve into Ryan’s perspective, but by the end, we find out that he was starting to have feelings for Elyse as well as for Mariana. This makes sense—Mariana and Elyse are identical, so if he was attracted to Mariana’s look, it’s logical that he would be attracted to Elyse’s look as well. Also, although Mariana was the one who he’d been spending more time with and making all sorts of fun memories with, Elyse was the one who took the time to listen to what was on his heart.
​
As it turned out, it was okay for Ryan to have feelings for Mariana and Elyse, since they were one and the same. However, it’s interesting to wonder—if Mariana and Elyse really had been two separate people, which one do you think Ryan would have ended up with? Why do you think that?
Waves Crushes&Dating
Powered by