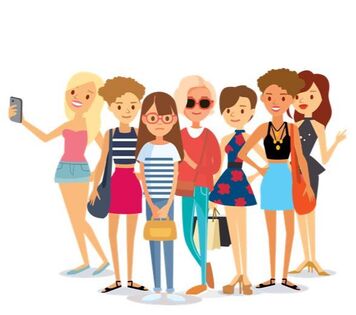 Allisen’s so-called friends in “Freaky Friendships” tried to control who Allisen was friends with. They persuaded her to get a makeover she didn’t want, and Vee responded rudely when Allisen said she had to go to church instead of coming over to Vee’s house. When Allisen found out that they’d stolen candy, and said she was going to tell an adult, Vee threatened that “None of us will ever want to hang around with you again. You won’t be cool; you’ll be a nobody.”

They didn’t pressure Allisen into doing anything wrong. The only thing they “pressured” her to do was get the makeover, which is not terrible in and of itself. But their reactions whenever Allisen went against the group showed that, if Allisen had kept hanging around with them, they would probably have pressured her to do worse things at some point down the line.

​It’s important to watch out for these tendencies in the people you’re hanging around with. Sometimes peer pressure can be slow and sneaky, and giving in to something small will make it a little easier to give into something bigger next time. Allisen was smart to break off her relationship with these girls when she did.
​
Powered by